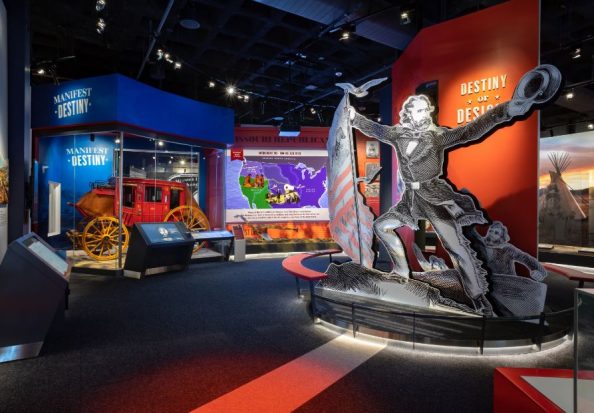 A World of Discovery at the Gateway Arch

Gateway Arch National Park offers so many opportunities to expand your horizons through educational programs offered by the National Park Service. Here’s how you can take part:

“Explore, Learn, and Protect!” The Junior Ranger motto is recited by children around the country, each taking an oath of their own to protect parks, continue to learn about parks, and share their own ranger story with friends and family.

Gateway Arch National Park offers young visitors the opportunity to join the National Park Service “family” as Junior Rangers through an activity-based program. Interested kiddos can complete a series of activities during a park visit, share their answers with a park ranger, and receive an official Junior Ranger patch and Junior Ranger certificate! Visit a ranger stationed at the information desk at the Arch or the Old Courthouse to participate. 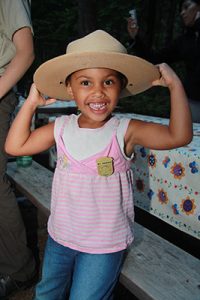 On the mezzanine level of the Arch Visitor Center, visitors are greeted by a giant terrazzo floor map of the United States. The map depicts the various rivers and trails pioneers used in heading west, with St. Louis marked as the starting point of their journeys. Rangers use this map to educate visitors on westward expansion and lead kids in identifying parts of the U.S. where other national parks are located.

The new Museum at the Gateway Arch highlights the history of St. Louis and the city’s role in the westward expansion of the United States with inclusive narratives. Interactive story galleries guide you through time, from the mid-1600s to the present.

The Education Classroom in the new Arch Visitor Center is used by National Park Service rangers for various programs and events, such as the Gateway to the Stars series. On Saturday, July 21 at 8pm, Gateway to the Stars: Gateway to Mars will take place in the classroom. NASA fellow and Washington University scientist Michael Bouchard will discuss St. Louis’ role in past, present and future Mars rovers and explorations. Then, visitors will head outside for outdoor telescope viewing led by the St. Louis Astronomical Society. Mars will have its closest approach to Earth since 2003.

The outdoor telescope viewing events may be cancelled if skies are cloudy and if there is heavy rain.  Call 314-655-1708 the afternoon of the event for an update on the weather.

Mark your calendar for additional Gateway to the Stars events on August 25, September 22 and October 20!