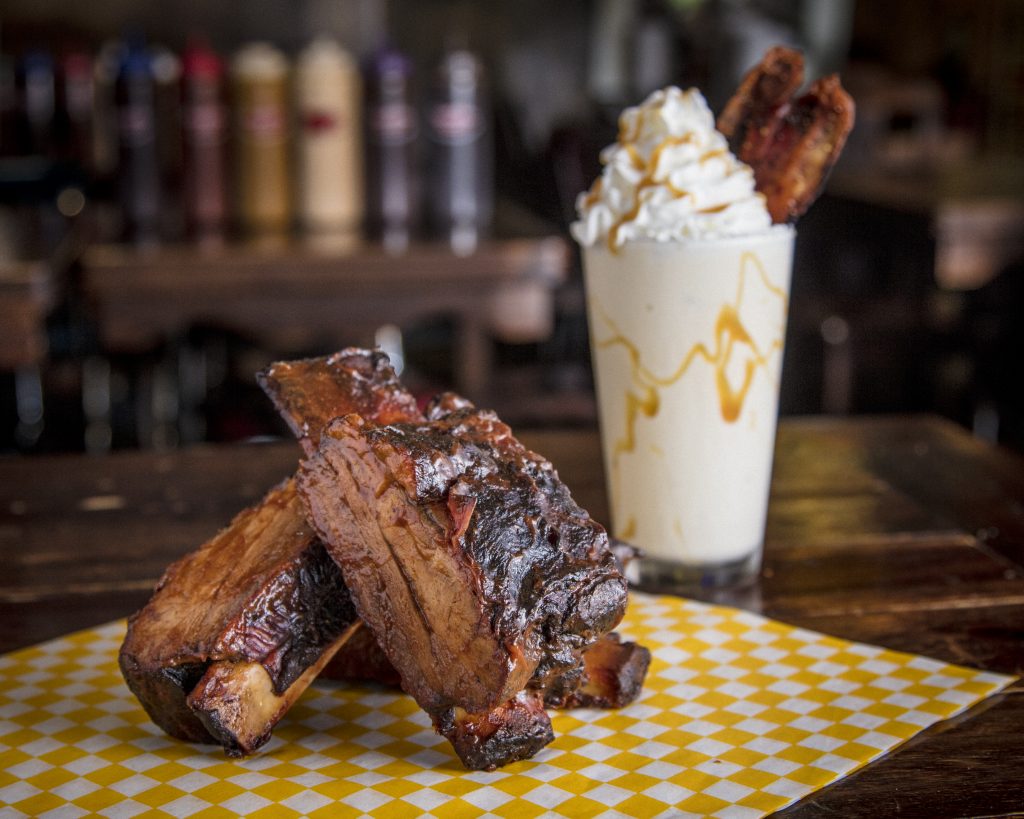 BBQ in the Lou

Summer is a time for family, friends, sunshine and most importantly: BBQ! Lucky for us, St. Louis has some of the best BBQ west of the Mississippi. Be sure to stop by some of our favorite BBQ hot spots this summer – your taste buds will thank you!

Take a seat and create your plate of slow-smoked BBQ with fresh and flavorful sides at Salt & Smoke in the vibrant Delmar Loop. Famous for its brisket that is smoked over post oak for 16 hours, Salt & Smoke treats meat right and makes every meal from scratch. You can combine St. Louis Cut Ribs, pulled pork or smoked trout with your choice of over 100 different bourbons, craft and barrel aged cocktails, and craft beers that will leave you craving more.

Paul, the “P,” and Mark, the “M,” pride their restaurant in making all of its dry rubbed, smoked meat, and family recipe side dishes fresh each and every day. Located in the Chesterfield Towne Center, PM BBQ is known Valley-wide for its half-chicken dinners and its juicy beef brisket with perfectly rendered fat that keeps each thick-cut slice moist, diminishing the need for any kind of sauce. But, if you’re a sauce lover, don’t fret, you can top the brisket off with PM’s spicy red sauce. For dessert, indulge in sweet treats such as cakes, pies and cheesecakes, all made from scratch by Paul’s wife, Candy.

Bring BBQ to the next level at the BBQ Saloon in the heart of the Central West End. Here, you can expand your horizons at dinner with spare ribs instead of baby backs, spice pastes instead of rubs, and boutique meats including wild boar, ostrich and kangaroo burgers, in addition to all the BBQ classics. The Dog Show section of the lunch menu will leave you howling at the choices of specialty hotdogs topped with Mac N Cheese, pulled pork, bacon and more. Whenever your BBQ craving hits, the BBQ Saloon can help (there’s even weekend brunch)!

Whether you’re a traditional BBQ lover or you’re looking for an unconventional dish, Sugarfire Smoke House is dedicated to making your food dreams come true. With a variety of menu items from its famous Memphis-style ribs and juicy grass-fed burgers to shakes and housemade condiments, Sugarfire is the talk of the town when it comes to BBQ. 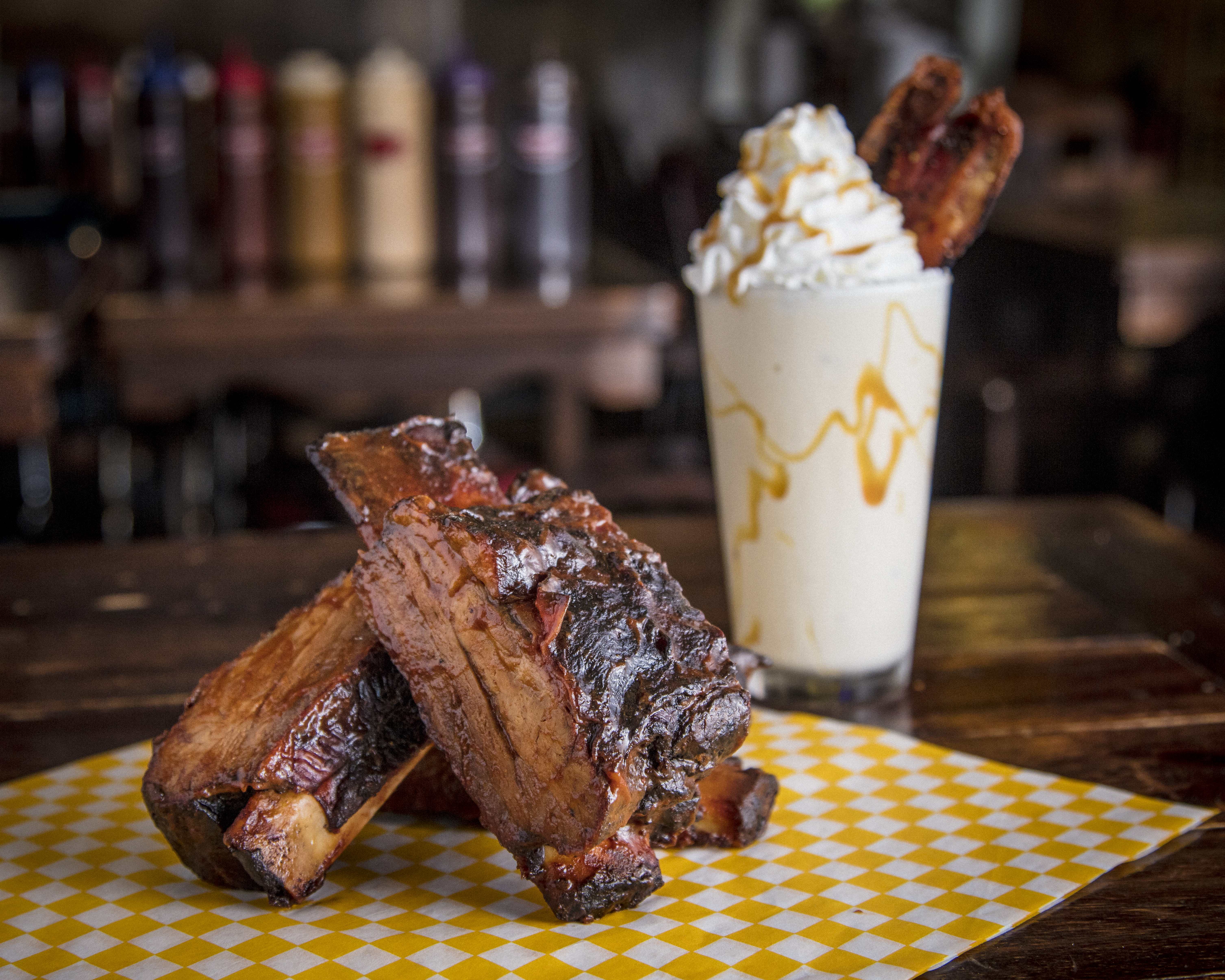 In fact, in honor of National Bourbon Day and Father’s Day this month, Sugarfire has partnered with Rebel Yell Bourbon to create the ultimate bourbon and BBQ feast. For two days only, on National Bourbon Day (Wednesday, June 14) and Father’s Day (Sunday, June 18), special bourbon and BBQ items, including Rebel Yell Bourbon short ribs and a boozy bourbon shake, will be available at select St. Louis Sugarfire locations.

Defining St. Louis-style BBQ is what Chef & Pitmaster David Sandusky and his team do best at BEAST Craft BBQ. With a “do what we want, when we want” attitude, BEAST Craft BBQ re-writes its menu weekly ensuring you’re served only the freshest of meats. Your mouth will be watering after you taste the in-house crafted rubs and sauces, and you can’t go wrong pairing your meal with one of the dozens of craft beers and sodas available. So, don’t forget to add BEAST to your BBQ bucket list and try one of its interesting dishes from pastrami and occasional burritos to its sweet and salty side of candied bacon.

If you ask a St. Louis local where to find the best BBQ in town, it’s likely that Pappy’s Smokehouse will be a large part of the conversation. All of Pappy’s meat is slow smoked for up to 14 hours over sweet apple or cherry wood, and when it hits your plate, you can perfect the concoction with one of Pappy’s four tasty BBQ sauces. Lines out the door are the norm and food is served until they are fresh out. A delicious experience that is worth the wait, be sure to find some time to enjoy one of the most famous BBQ joints in the Lou this summer.