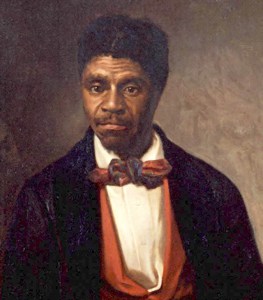 Throughout the month of February, Jefferson National Expansion Memorial will host free programs and events in honor of Black History Month.

Want to take in a mock trail of the Dred Scott case? The Old Courthouse hosts one at 3pm on Saturdays and Sundays all month long. Interesting in learning more about the historic leadership of Booker T. Washington? Then get to the Arch February 8 through 14 and catch a screening of Booker T. Washington: Looking to Learn at the Museum of Westward Expansion.

Here’s a peek at what’s to come:

Black History Month Film Series
*Each of the following films screen at the Old Courthouse. Films run on the ½ hour from 8:30 am to 3:30 pm.
**The film Dred Scott: Freedom on Trial will show at the top of every hour from 9 am to 4 pm.

***Each of the following films screen in the Special Exhibits Gallery at the Museum of Westward Expansion. Films continuously run from 9:15 am to 5:30 pm.