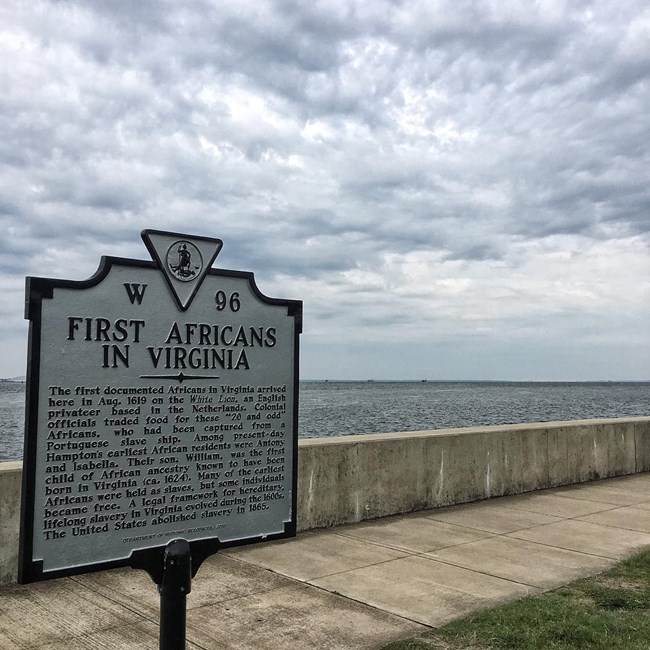 This Sunday, August 25, Gateway Arch National Park marks the 400th anniversary of the 1619 landing of enslaved Africans at Virginia’s Point Comfort, now part of Fort Monroe National Monument. From 1:45-4 p.m., the park hosts a free public program in the rotunda of the Old Courthouse, featuring discussions on African-American heritage in St. Louis as well as video screenings.

At 2 p.m. CT, the anniversary will be commemorated across the country by the 419 units of the National Park Service, which will come together in solidarity to ring bells simultaneously for four minutes – one minute for each century of African enslavement and oppression.

And did you know? The Old Courthouse is connected to this anniversary, as it is the site of over 300 freedom suits filed by enslaved African Americans, including Dred and Harriet Scott, whose case hastened the start of the Civil War.

Schedule of Events
1:45 p.m.: Premiere of two short videos on important decision points in mid-1800’s St. Louis history: Dred and Harriet Scott’s fight for freedom, and Caroline and Neptune Williams’ fight for the desegregation of St. Louis public transportation. (These videos are available to view online at nps.gov/jeff).

2 p.m.: National ceremonial ringing of the bells of the Old Cathedral.

Fee-Free Day
August 25th is also the 103rd anniversary of the National Park Service. The NPS entrance fee is waived on this day. At Gateway Arch National Park, the $3 entrance fee is included in each adult Tram Ride to the Top ticket and adult Documentary Movie ticket. On the fee-free days, that $3 is waived. Future 2019 fee-free days are September 28 (National Public Lands Day) and November 11 (Veterans Day).