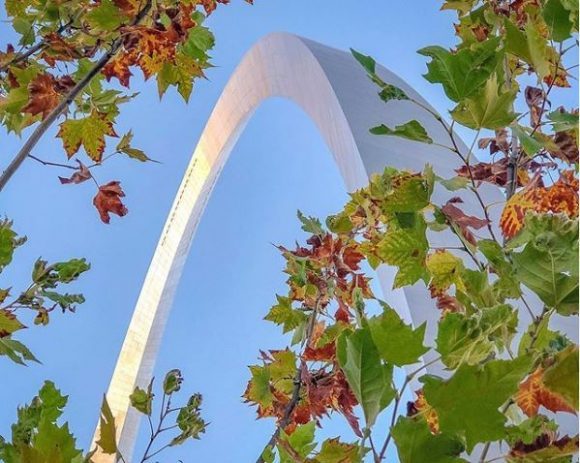 Gobble Gobble! Thanksgiving in the Lou

From morning races to ice skating to football rivalries, check out all the family-friendly activities St. Louis has to offer this Turkey Day, Nov. 28.

Start Turkey Day off on the right foot! Enjoy free skate rentals at the Winterfest Ice Rink from 8 a.m. to noon courtesy of the Gateway Arch Park Foundation and watch as the 2019 Ameren Thanksgiving Day Parade marches past Kiener Plaza.

Thanksgiving Day is the most popular race day in America, and there are a plethora of race options to choose from in the Lou. Turkey Trot STL hosts 5K races in St. Charles, Eureka, Arnold and Downtown; the St. Louis Turkey Trot 8K weaves through Tower Grove Park; and the Turkey Day Run offers three-mile and six-mile courses through Webster Groves and Kirkwood, just to name a few.

Celebrating its 35th year, the 2019 Ameren Thanksgiving Day Parade will step off at 8:45 a.m. on Thursday, November 28 from 20th Street and Market Street and proceed east toward Broadway in Downtown St. Louis. The parade will be broadcast live on KMOV-TV Channel 4, awarded an Emmy for their production of the 2015 parade. There will be over 130 parade units, including musical floats and displays, giant helium balloon figures, animal units, restored antique cars and firetrucks, and marching bands from around the St. Louis region.

A Thanksgiving day tradition, the Turkey Day Game between Webster Groves and Kirkwood high schools kicks off at noon at E.L. Lyons Memorial Stadium in Kirkwood. The first officially recorded Thanksgiving Day football game between the neighboring schools was held in 1907, and the two have competed for the coveted Frisco Bell trophy nearly every year since.

There’s more! If Thanksgiving Day is jam-packed with family celebrations, you can still enjoy the festivities at Gateway Arch National Park and the Riverboats at the Gateway Arch that weekend.

It’s a holiday outing for the entire family: Cruise the Mighty Mississippi on a replica paddlewheel riverboat with the big man himself—Santa Claus! Come dressed in your favorite PJs and enjoy a bountiful breakfast buffet, holiday crafts and other activities, unique views of downtown and the Arch, and take a photo with Santa. Tickets: $38 per person. Children 2 and under are free.