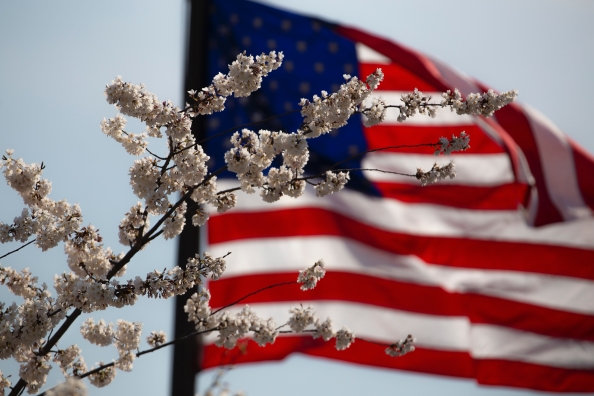 Memorial Day is just around the corner, signaling the unofficial start of a summer full of sunshine and long pool days. But more than a fun weekend with friends and family, Memorial Day is also a day to remember and honor those who bravely died while serving in the United States military. Check out the activities, celebrations and memorials planned around the Lou this weekend.

Relive the days when steamboats ruled the river on this one-hour cruise along St. Louis’ diverse riverfront. Narrated by the captain or a National Park Service ranger, this cruise highlights the Mississippi River’s important role in St. Louis history and the significance of the working river today. Concessions available on board.

Friday, May 25 through Sunday, May 27 at Schlafly Bottleworks in Maplewood, Missouri

Schlafly established its Art Outside Festival in 2004 to “raise awareness and appreciation of art and music created in our very own community.” Local beer, local artists, and local bands will be around all weekend at this free, family-friendly (and pup-friendly!) event.

Friday, May 25 through Sunday, May 27 at Frontier Park in St. Charles, Missouri

The 14th annual Missouri River Irish Fest promises to deliver a weekend filled with music, crafts, food and beverages celebrating the Irish culture. The largest free Irish festival in the Midwest, it’s an event you don’t want to miss!

Friday, May 25 through Monday, May 28 at Assumption Greek Orthodox Church in Town and Country, Missouri

“Experience a taste of Greece without the airfare” at the St. Louis County Greekfest. An annual celebration, the Greekfest features live Greek music, traditional Greek folk dancers, the Agora market, an array of traditional Greek food, church tours, and a Hellenic Travelogue movie.

Animals of the Park Stargazing Experience

Saturday, May 26 at 8 p.m. at the South Leg of the Gateway Arch in Downtown St. Louis, Missouri

Did you know? There are surprising variety of animals and wildlife that inhabit the recently transformed Gateway Arch grounds. Meet at the south leg of the Arch for two twilight ranger-led interpretive talks all about the area’s wildlife. Weather permitting, guests can view craters on the Moon, the planet Venus, and other celestial objects via telescope, led by volunteers from the St. Louis Astronomical Society.

National Cemetery Administration (NCA) will host Memorial Day ceremonies at VA national cemeteries across the country, including Jefferson Barracks – one of the NCA’s oldest interment sites – on Monday at 10 a.m. In addition, each year around Memorial Day, local boy scouts place small flags at each of the headstones on the cemetery grounds.

Monday, May 28 at 10 a.m. at Alton Middle School in Alton, Illinois

2018 marks the 151st anniversary of the Alton Memorial Day Parade – the oldest consecutive running parade in the entire nation. More than 50 participants will take part in the parade, which honors Alton and those who have served our country. The parade begins at Alton Middle School – bring your lawn chairs and watch the fun!