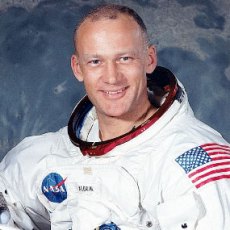 “The biggest benefit of Apollo was the inspiration it gave to a growing generation to get into science and aerospace.”
–Buzz Aldrin, Apollo 11 astronaut and second man to walk on the moon

The Gateway Arch is proving Buzz right with Gateway to the Stars: Astronaut Explorers tonight, Friday, July 11 at 8pm. Guests can tap in to their inner astronaut and discuss the future of human spaceflight with Ryan Clegg of Washington University.  Afterwards, the St. Louis Astronomical Society will lead a stargazing experience that will leave you star struck. (Pun intended!)

To gear up for tonight’s fun, we leave you with a few of our favorite space quotes.

From famous quotes by astronomers and astronauts

“It suddenly struck me that that tiny pea, pretty and blue, was the Earth. I put up my thumb and shut one eye, and my thumb blotted out planet Earth. I didn’t feel like a giant. I felt very, very small.”
–Neil Armstrong, describing when he saw the Earth for the first time from the moon

“It is a beautiful and delightful sight to behold the body of the Moon.”
–Galileo, astronomer

“There is perhaps no better demonstration of the folly of human conceits than this distant image of our tiny world. To me, it underscores our responsibility to deal more kindly with one another and to preserve and cherish the pale blue dot, the only home we’ve ever known.”
–Carl Sagan, American astronomer, in his book “Pale Blue Dot: A Vision of the Human Future in Space”

To sayings just for kicks

“Space, the final frontier. These are the voyages of the starship Enterprise. Its 5-year mission: to explore strange new worlds, to seek out new life and new civilizations, to boldly go where no man has gone before.”
–James Kirk, captain, USS Enterprise (Star Trek)

And in conclusion, some wise words from American astronaut John Glenn:

“The most important thing we can do is inspire young minds and to advance the kind of science, math and technology education that will help youngsters take us to the next phase of space travel.”