The Birds Are Back! 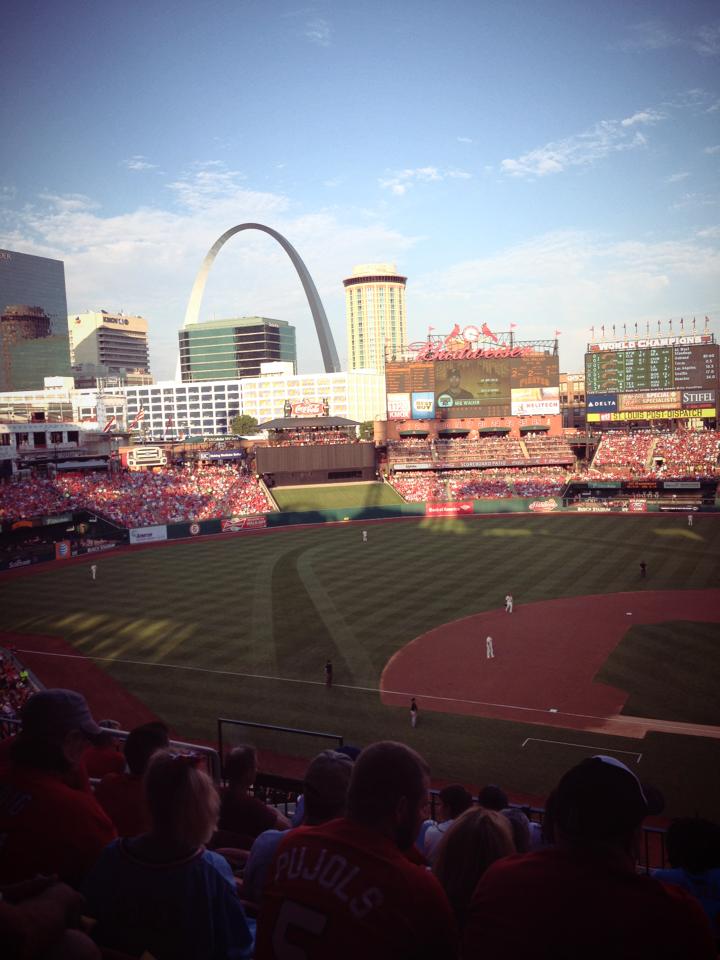 It’s a magical time here in St. Louis. Flowers are blooming, the weather is warming up, and baseball is back!

There’s no doubt about itwhether you’re a Cardinal fan or notcatching a game at Busch Stadium with the most astounding view of the Gateway Arch in the outfield is an experience to be had. (We have to admit, Busch Stadium and the Arch go together like peas and carrots!)

With baseball season in full swing (pun intended), we’re taking a look at a few of the Cards’ new faces.

#12 Mark Reynolds, 1B
Reynolds is a jack-of-all-trades. According to NBCSports.com, he can play third and first bases, as well as outfield! Look for him batting versus left-handed pitchers.

#22 Jason Heyward, RF
Heyward started the season a great note – he contributed two doubles and a run in the Cards’ win over the Cubs on Opening Day. Looking forward what this speedy 25-year-old will bring this season!

#33 Carlos Villanueva, RHP
We might catch the Dominican Republic native pitching in long relief, and possibly subbing in for some starts pending additional player injuries.

#37 Matt Belisle, RHP
Reliever Belisle comes to St. Louis from the Colorado Rockies. His enthusiasm for Cardinals’ baseball parallels the unmatched spirit of our baseball town. He even told FoxSports.com, “It’s a great era to be a Cardinal.”

#53 Jordan Walden, RHP
Walden stands out on the pitcher’s mound not just due to his fastball. His pitching style includes a slight “hop” off the ground during his delivery.

Give these new Birds a warm welcome to Cardinal Nation!