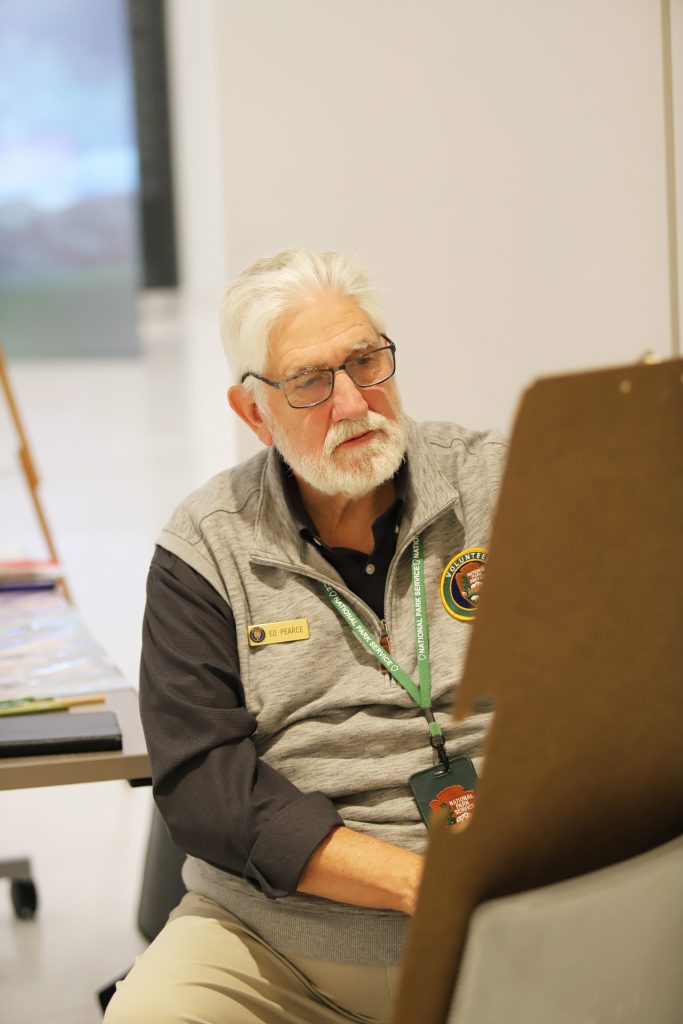 The Volunteers-In-Parks (VIP) program is a National Park Service-wide program that allows individuals to play an active role in helping protect and share our national treasures. One of Gateway Arch National Park’s VIPs, Ed Pearce, is also an NPS Artist in Residence. Although he is based at the Arch, Ed travels to national parks across the country where he not only volunteers, but also creates art inspired by the parks’ setting, history and stories.

Each year, Ed usually spends 2-3 months at a different national park. This spring, he was assigned to Stones River National Battlefield in Tennessee. After the park closed due to the global health situation, he stayed on and became a full-time Artist in Residence at the site, which honors an important battle in the Civil War and is the home to a national cemetery where over 6,000 Union soldiers are buried.

Spending quarantine at the Stones River, Pearce honed his craft and developed a deeper connection with history and the memory of fallen soldiers from the Battle of Stones River.  “The relationship I had with the national cemetery at Stones River was one of respect and honor for the people who were buried there,” Pearce said. “As a former infantry officer myself, I related to them more.”

His drawing of the cemetery’s U.S. Regulars Monument, which honors the men of the Union’s Western Regular Brigade who were killed during the battle, was his favorite piece to create during his visit.

“My favorite piece is the last thing I do because by the end of my trip I’m totally immersed,” he explained, “I like working on things that I typically don’t draw, and this monument was such a departure for me.”

Pearce is now back in St. Louis and eager to share the story of Gateway Arch National Park with visitors from around the world. Once the park re-opens, he’ll continue to paint and draw, and is looking forward to delving more into the history of the Gateway to the West and explain why history is so important.

“My first priority is to draw noteworthy people directly related to the park and the history of St. Louis,” he said. “There are so many people … I could do their portraits for the rest of my life and never run out of subjects.”

For Pearce, observing life more closely, as he does through art, can be a positive, new thing for people to try.

“Eighty percent of creating art is the ability to see and understand what you’re looking for,” he said. “Most of the time, all of us go through life not seeing. To get more out of where we’re at, look at things and try to fully understand their beauty, their color and their shape.” 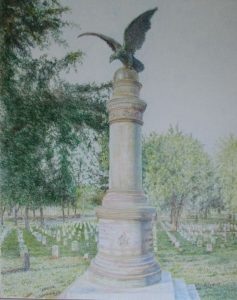