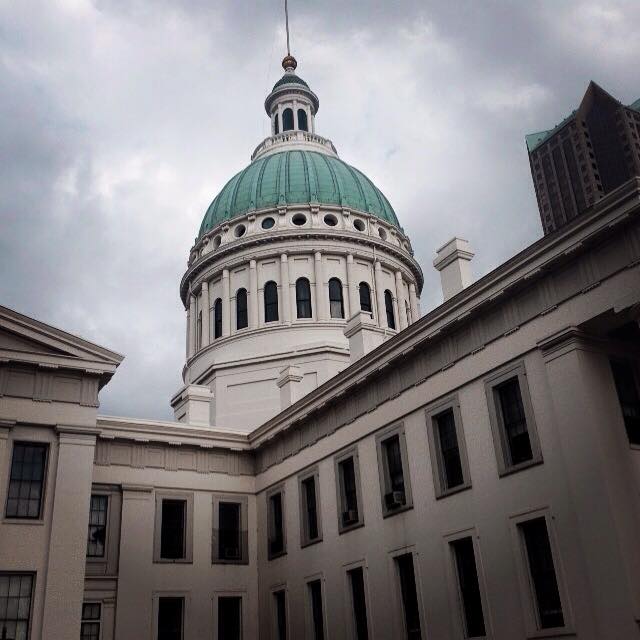 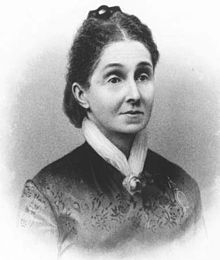 March is the month of leprechauns, college basketball madness and spring breaks, and the month to commemorate women’s history. Throughout Women’s History Month, Jefferson National Expansion Memorial will pay tribute to two women in particular who were pioneers to St. Louis and women’s history.

Virginia Minor was an officer in the National Woman Suffrage Association, which during the 1872 presidential election decided to challenge voting restrictions in the United States which excluded women. Her attempt to register to vote was refused by the ward registrar in St. Louis, and Minor and her husband sued him in the St. Louis Circuit court. Her case is one of two nationally significant cases (the other being the Dred Scott case) heard at the Old Courthouse; it was eventually appealed to the United States Supreme Court. (Source: NPS)

Leonor K. Sullivan was Missouri’s first woman elected to Congress, serving 24 years in the U.S. House of Representatives (she’s one of the state’s longest-serving Congress members), much of it during the construction of the Gateway Arch. She is credited as one of the co-authors of the federal food stamp program in its current form and was the only woman in Congress who voted against the Equal Rights Amendment. Leonor K. Sullivan Blvd.located just below the Gateway Arch and where the Gateway Arch Riverboats dock on the Mississippi riverfrontis named in her honor and is currently being upgraded as part of the CityArchRiver project. (Source: St. Louis Beacon)

Visit the Old Courthouse in downtown St. Louis this month to learn more about Minor and Sullivan’s contributions to St. Louis with these events:

Portrait Painting Workshop: Saturdays, 1:00 – 3:00 p.m.
Join a park ranger, who is also a professional artist, and paint a portrait of Virginia Minor or Leonor K. Sullivan. Art supplies are provided.

Virginia Minor Mock Trial: Saturdays and Sundays, 2:00 p.m.
Take the opportunity to adopt the roles of the participants in the 1872 case Minor v. Happersett to determine whether women have the right to vote. Participants will play the roles of Virginia Minor, the judge, jury members and more. Program lasts about 45 minutes.