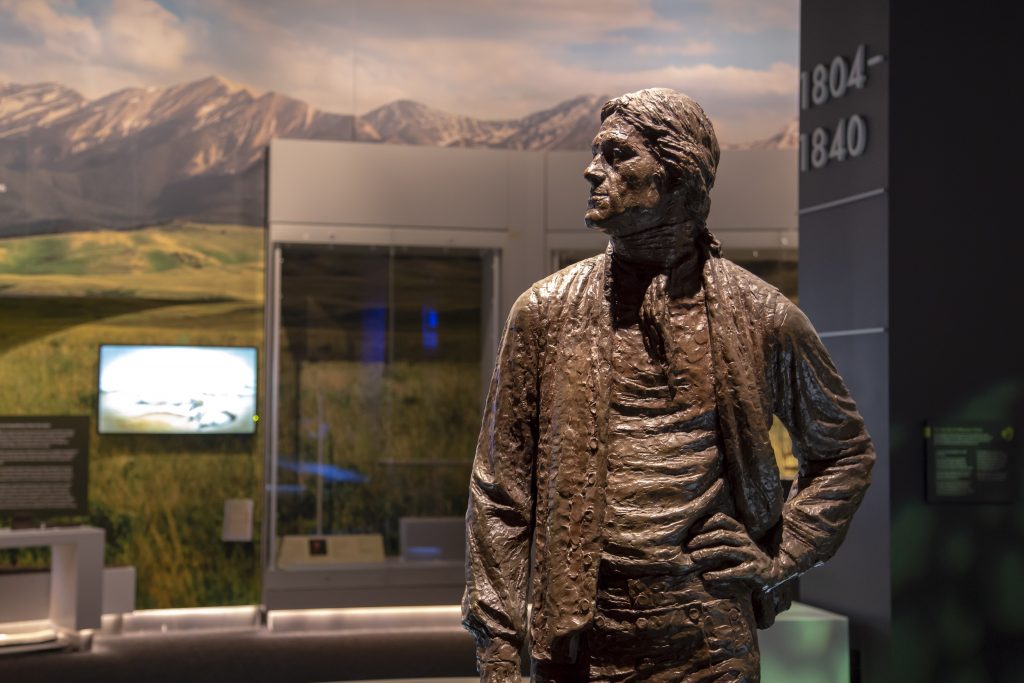 Did you know? The Gateway Arch was built to honor of President Thomas Jefferson’s vision to expand the nation west and to recognize the important role St. Louis played during this exciting time in our country’s history.

Although many individuals contributed to the westward expansion of the U.S. in the early 1800s, President Jefferson, along with Meriwether Lewis and William Clark, played key roles.

At the time of his presidency, President Jefferson knew that the Spanish and British had mapped much of the Pacific Coast and Canada, and he had a vision for the United States to expand westward into North America. As such, in 1803, President Jefferson tasked Lewis with exploring the newly acquired land (via the Louisiana Purchase) west of the Mississippi River. Lewis tapped Clark as his co-leader for the Corps of Discovery Expedition, and in May 1804, Lewis, Clark, and a crew of about 50 set out from the St. Louis area. They returned to St. Louis on September 23, 1806, making this month the 213th anniversary of their return.

Following the expedition, Clark settled in St. Louis as Superintendent of Indian Affairs; more explorers would go west from St. Louis to trade and explore, shaping the future of the continent. However, westward expansion came at a great cost to thousands of people, including American Indian tribes who were displaced from their ancestral lands.

Visit “Jefferson’s Vision” exhibit gallery at the Museum at the Gateway Arch where you can learn all about how St. Louis shaped the West, including the good and bad of Jefferson’s ideas and vision. The exhibit brings this history to life through tools, instruments and clothing of these early explorers; a reproduction of an American Indian buffalo hide tepee; a statue of President Jefferson, which was in the original Museum of Westward Expansion; and much more. The museum is free to visit!