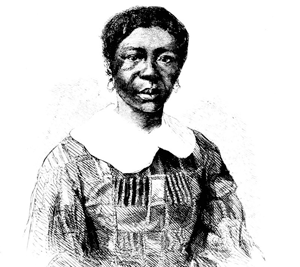 Select Saturdays in March, Gateway Arch National Park hosts special programs that spotlight 18th-, 19th– and 20th-century women of Missouri and the West in honor of Women’s History Month. These family-based programs will take place in the Education Classroom located on the lower level of the Gateway Arch Visitor Center, and are free and open to all ages.

On Saturday, March 7, Gateway Arch National Park will spotlight sisters and suffragists Victoria Claflin Woodhull and Tennessee Claflin who made and lost fortunes at a time when women were expected to be dainty, retiring matrons. Both were advocates for social change and powerful businesswomen in the late 1800s (and the first female brokers on Wall Street); Victoria was the first woman to run for president. But these two influential figures were also controversial in the Victorian Era, supporting movements such as spiritualism and free love. Ranger Evann Meyer of Ulysses S. Grant National Historic Site will discuss the sisters and ask the question, were they human rights pioneers ahead of their time, or money and power-hungry attention seekers?