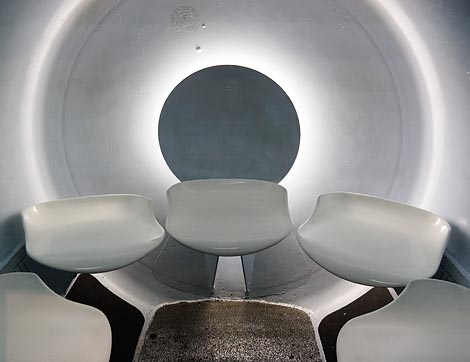 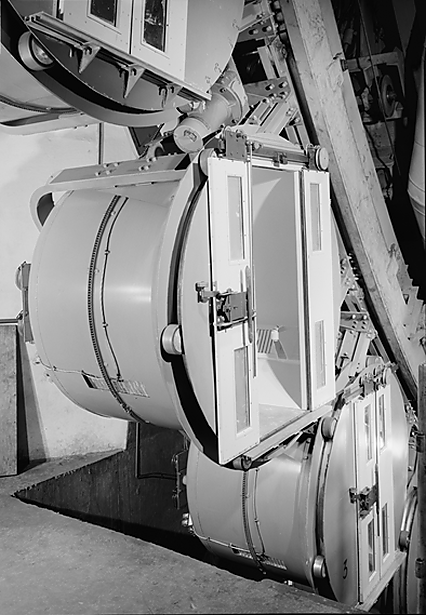 Did you know? On July 24, 1967, the Gateway Arch’s North Tram opened for operations, which means this Monday marks the 50th anniversary of the Journey to the Top tram ride. We asked National Park Service Historian Bob Moore about tram operations and who the first Arch tram riders were. Here’s what he had to say:

“The very first riders of the capsules to the top of the Arch were the maintenance employees and designers who installed the system, many months before the Arch was open to the public.  These would have included Dick Bowser, who was the designer of the system, employees of the Planet Corporation of Lansing, Michigan, who did the engineering of the trams, and employees of the St. Louis Car Company, which manufactured the tram cars.

Edwin B. Meissner, Jr., as President of the St. Louis Car Company, and Robert C. Staudt of the Planet Corporation were among the first to go to the top.  Another early rider was Col. R.E. Smyser, Jr., who was then the director of Bi-State Development Agency.

Problems with moisture inside the Arch caused by the cooling system kept shorting out the trams and delayed their operation for many months.  On June 9, 1967, the Gateway Arch Visitor Center opened to the public with some temporary exhibits in place.  The trams were not yet running and the museum was not even built.  There was not a lot to see or do at the Arch for visitors until July 24, 1967, when the north tram opened to the public.

On that day the first people to ride the tram to the top were Missouri Governor Warren E. Hearnes, St. Louis Mayor Alfonso Cervantes, Lt. Gov. Samuel Shapiro of Illinois, and National Park Service officials.  The newspapers reported that Al Carter, a 39-year-old drummer at the Ambassador East Hotel Pump Room in Chicago, was the first non-VIP visitor to ride to the top.

While the tram on the north side was open to the public, the south tram was still being prepared.  That opened on March 19, 1968, and the first day of simultaneous tram operation was not until May 18, 1968, just a few days before the official dedication of the Gateway Arch on May 25, 1968.

Over the years several famous persons have ridden the tram to the top of the Arch.  They included General and former President Dwight D. Eisenhower in November 1967, the Vienna Boy’s Choir, Johnny Carson, Lucille Ball, Lawrence Welk, actor Joseph Campanella, Food Network host Rachael Ray, and His Royal Highness Charles, the Prince of Wales, on October 21, 1977.”

Photo by Jack Boucher, courtesy of the Library of Congress.