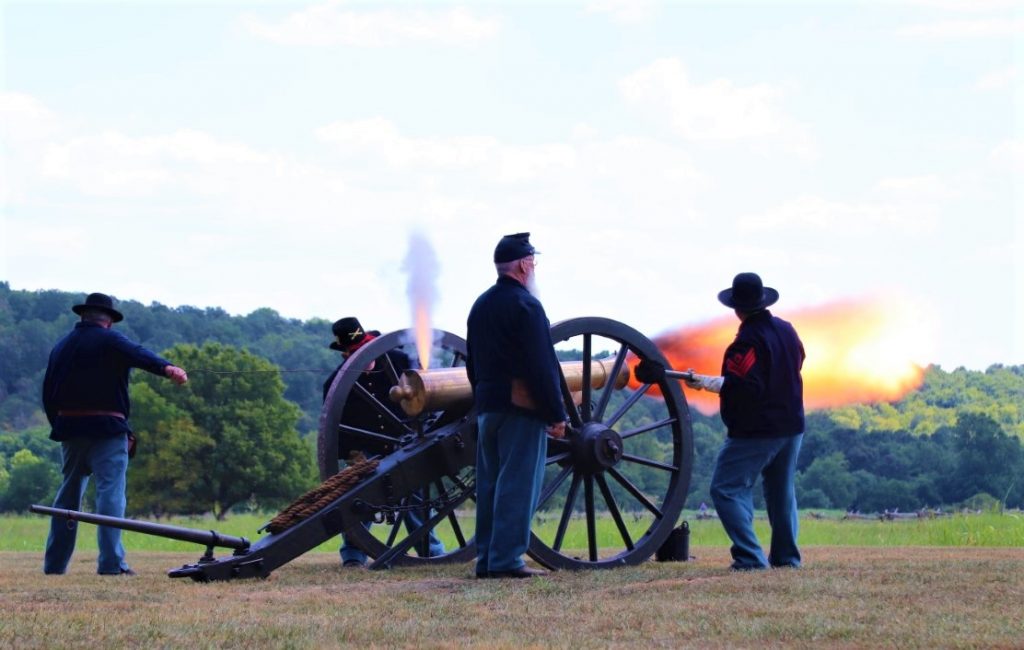 Wilson’s Creek National Battlefield is the site of the second battle of the Civil War and the first major Civil War battle west of the Mississippi River. It is also where Nathaniel Lyon, the first Union general, was killed in action. Wilson’s Creek National Battlefield commemorates and interprets the battle within the context of the war in the Trans-Mississippi West.

The Battle of Wilson’s Creek on August 10, 1861, lasted just six hours. The Union Army faced a southern force consisting of the Missouri State Guard, Arkansas state troops and Confederate forces. The battle was a bloody one: General Lyon’s Union Army lost nearly a quarter of its strength, while the Confederate Army lost 12 percent of its soldiers. This resulted in more than 535 casualties, and nearly 2,000 missing and wounded soldiers. The costly southern victory focused national attention on the war in Missouri.

At the battlefield, a 4.9-mile paved road provides a self-guided tour. There are eight interpretive stops at significant battle-related locations and five walking trails off the tour road. A 7-mile trail system for horseback riding and hiking is accessible from the tour road. The Ray House, dating from the 1850s, served as a temporary field hospital for wounded soldiers following the battle. General Lyon’s body was brought to the house and placed in a bed for examination. Visitors can view his bed, which is on display.Wilson’s Creek National Battlefield offers living history programs depicting Civil War soldier life, musket and artillery firing demonstrations, Civil War medicine and other topics. These are presented from Memorial Day to Labor Day on select weekends. The Visitor Center features exhibits about the battle, a film, an eight-minute fiber optics map program and a gift shop. The park is home to a Civil War research library.

You can learn more about Wilson’s Creek National Battlefield and plan your visit at www.nps.gov/wicr.